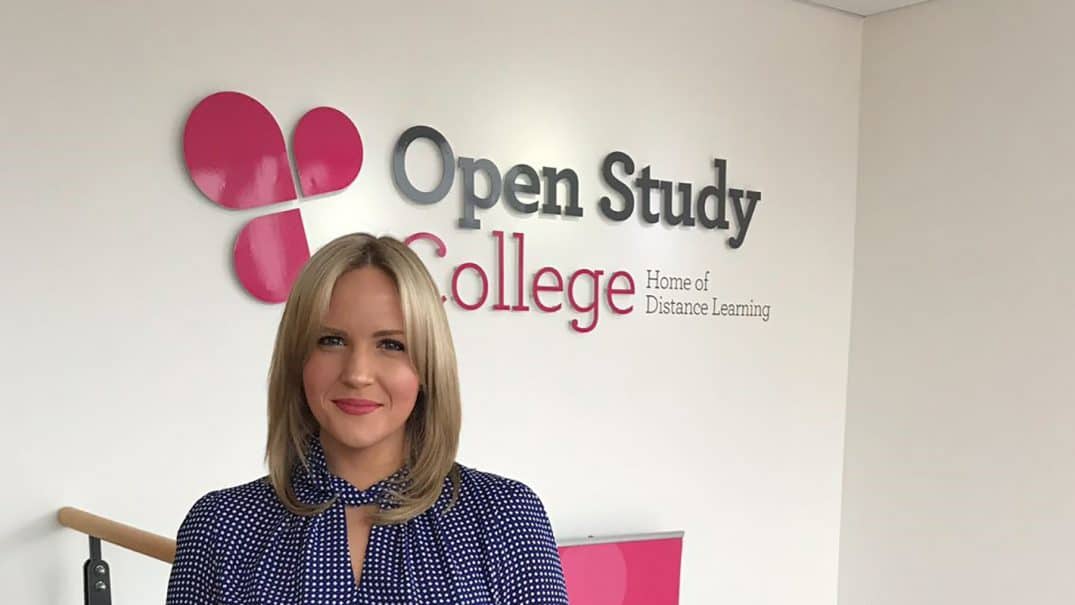 On International Women's Day 2019, our CEO Samantha Rutter is talking about breakthroughs, challenges and flexible working.

‘Balance for a Better World’ is the theme for International Women’s Day 2019. Recent years have seen many leaps and bounds in the progress of women in the workplace, but this day also serves as a reminder of continuing issues that we are tackling even today.
Reflecting on my own experiences as a woman in business and CEO of Open Study College, I can vouch for the fact that women still face significant challenges in the workplace.
One of the most salient issues, I believe, is the role flexible working and home learning have to play, if we are to move towards a truly inclusive employment culture in which women can excel.

My journey to the CEO seat

Back in 2007, while working in retail and studying law, I found myself craving greater professional autonomy and a more stimulating work environment. Meanwhile, my father was working in a distance learning company, and felt there was scope to set up a new business, He suggested that we join forces to launch the new venture, and I seized the opportunity.
Our beginnings were small – in common with most new businesses. We started working from an office in our garage, reselling educational content before going on to develop our own from 2011. In 2018, I was appointed CEO, a promotion from my previous role of Chief Operations Officer.
Open Study Group has now grown to over £7m annual turnover. We employ a team of 42 staff, with women making up 65% of the workforce and 50% of the senior management positions.

Experiences of being a woman in the boardroom

As the business grew and developed, my role began to encompass more external events and activities. It became increasingly clear at the time that, in many professional situations, it felt like a man’s world. Whether sitting on judging panels for industry awards, or attending important meetings, I often found myself the only woman in the room feeling “like I had something to prove” .
I believe age also plays a role - especially when confronted by a group of older male professionals. The truth, is as a young woman, you can often feel you have to work extra hard to be taken seriously, listened to and respected in the workplace.
In situations like these, my approach is always to show strong self-confidence, make an impact and force people to take you seriously. There are plenty of occasions when I have been able to change the dynamic and leave with a win.

The challenges still faced by women in the workplace

A lot has changed since 2007 when Open Study College was born. Campaigns like #MeToo and #TimesUp have propelled inappropriate and abusive behaviour towards women in the workplace into public consciousness, making people and companies take a long hard look at themselves.
Meanwhile, there has been a rise in women CEOs, leaders and pioneering female role models in the public eye. Even considering the last five years alone, it truly feels there has been a significant shift in the landscape and the public consciousness.
However, the age-old concern of ‘Can I have it all?’ continues to cast a shadow. The question of whether, and how, a woman can have both a successful career and raise a family goes to the root of traditional attitudes and gender roles.
Men were always expected to be the breadwinners, and women were cast as the carers. While our society has thankfully evolved, business and working culture still lag behind in many respects.
I hear that employers can often still get ‘nervous’ about hiring a young woman, concerned about breaks in service for maternity leave and the impact that will have on the business.
But the truth is we absolutely can have successful careers and families, as long as the labour market embraces flexibility.

At Open Study College we don’t believe flexibility in the workplace should be limited to larger companies and corporations – it needs to be available at every level of the job market.
As a business our size, we know our staff have many out-of-work commitments including adult- and childcare responsibilities, which still fall disproportionately onto women. Finding ways for them to perform their roles while fulfilling these duties means we can get the best out of our staff and still offer them job satisfaction..
Open Study College courses have always seen greater take-up among women. This is partly due to some of the disciplines offered. However, it also reflects the fact that home learning is ideal for stay-at-home mothers, women on maternity leave or those looking to progress or change careers while juggling many different commitments.
As we begin to deliver higher level professional qualifications, we’re keen to encourage women to take up all the opportunities on offer to boost and build their careers, and see more women take on senior roles in business.
We also call on employers and businesses to recognise and harness the power of flexible working to unlock the potential of their female employees.
As a society, we’ve made significant progress in the arena of women in the workplace, from equal pay legislation to paid maternity leave to the growing crackdown on inappropriate behaviour and abuse.
International Women’s Day is an opportunity to celebrate the achievements, but also to reinvigorate our efforts, so that women tomorrow have even greater choice and even more room to shine.