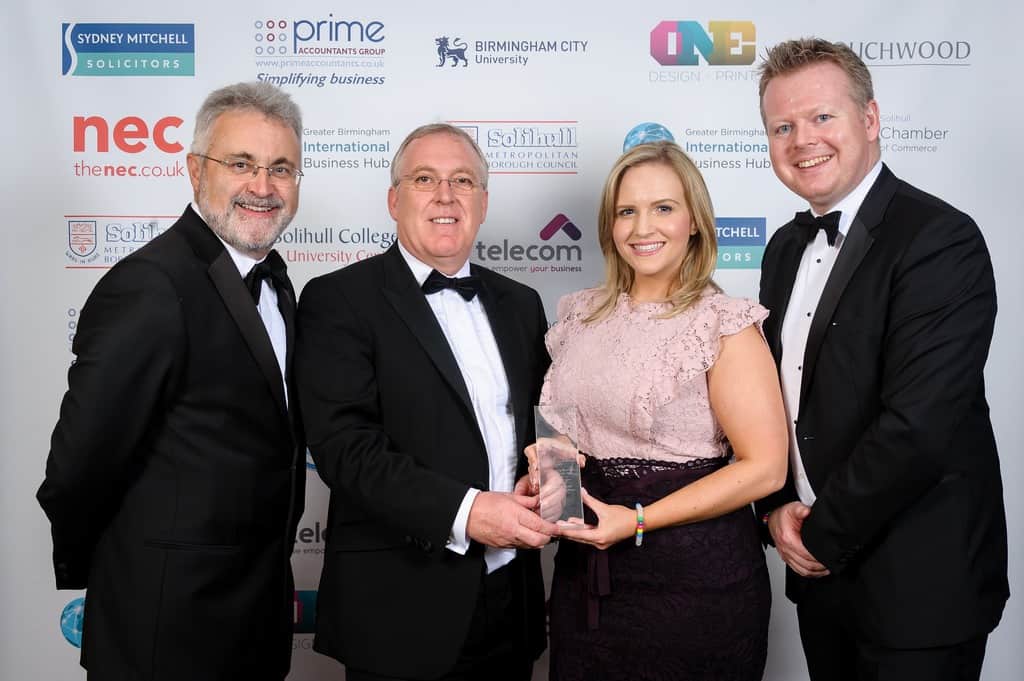 Open Study College are pleased to announce the appointment of their new CEO, Samantha Rutter. Samantha takes over the role from her father, Mark Rutter, who is stepping down as CEO to become Chairman of Open Study College. Samantha has a wealth of experience having founded the company with Mark in 2007 and has previously occupied the role of COO at the college.
Being International Women’s Day, the achievements of women are being celebrated around the world, making today the perfect day to announce the change in leadership structure. International Women’s Day has been celebrated since the days of the Suffragettes in the early 1900’s. Fast forward to 2018 and gender parity is still an issue more than a century later. Currently women take up around a quarter of boardrooms in the UK, so when a strong businesswoman such as Samantha is appointed as CEO, it feels like the entire female population take a collective step closer to gender equality.
Samantha Rutter is a brilliant example of an inspirational business person who champions women in business and the important role they have to play. And with more than 50% of the college’s workforce being female, she is keen for her business to embrace gender equality.
We interviewed Samantha to find out more about her working life.

What made you decide to work in the distance learning industry?

It wasn’t my original choice to be honest, I actually studied Law, but decided it wasn’t for me. My family had been in the distance learning industry for many years, and it was a natural direction for me to take. I started the company with my father 10 years ago and have worked my way up so I know every aspect of the business, which I believe is key when you’re going to run a business. It’s difficult to advise someone of the best way to carry out a role when you’ve never done it yourself.

Now that you’re in your new role, what will you be focussing on?

Primarily, I’ll be focusing on ensuring the success of the Company continues. This involves overseeing the operations of the Company and ensuring our plans are implemented. I’ll also be looking at our Company structure and management teams to ensure all are helping to drive the business further forward.

You’ve received a lot of recognition for your work in the last year, how does it feel to receive accolades such as ‘Business Person of the Year’?

It was a great honour to receive all the awards last year; not only for myself but for Open Study College also. We achieved 9 awards last year which was a very pleasant surprise – we’re aiming for 10 this year! My personal awards were the highlight of my year; it’s great to be recognised as an individual.

What challenges do you feel women face in the work place? And, how can they overcome these challenges?

Well I know for me personally, sometimes when I walk into a meeting they firstly don’t expect me to be a woman (Sam Rutter), and secondly, they are more surprised by my age as I’m quite young to be in the role that I have.
I think if you work hard then you can overcome any gender barrier. Obviously, there are some companies who are still not female-friendly in this day and age, but would you even want to work there anyway? I’m lucky at Open Study College as we are a very female-friendly work place, and actually have a higher ratio of female to male employees. But my advice would be to go for what you want and don’t let anyone stand in your way.

As a female CEO, you are a fantastic role model for young women in business. What advice would you give to inspire them to succeed in the world of business?

I say that if you want something – go for it. No way did I think I would reach CEO of the Company when we started 10 years ago – and I certainly didn’t expect all of this before reaching 30! My school years weren’t that successful, and I had to work extra hard to make the grades to get on to my Law course. It really does show that with determination and perseverance you really can do anything.

And finally, who are your female role models?

Karren Brady is someone I really look up to. She started her professional career very young at the age of 23 and took the Business world by storm, even in the heavily male dominated world of football. I don’t know how she has enough hours in the day to fit it all in, but she does it exceptionally well.
I would also say the women of my family are all amazing role models to me. The last 3 generations of women have been (and still are) very hardworking – some even holding down 2-3 jobs at any one time whilst having young families!