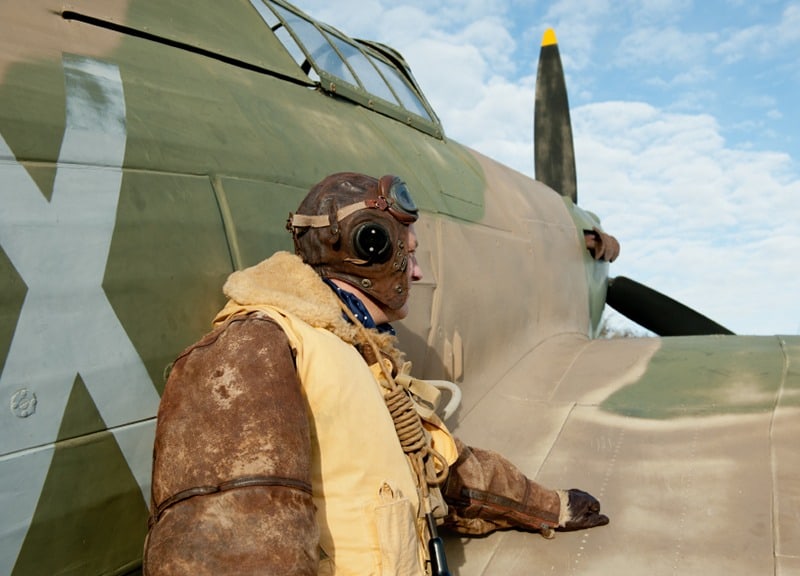 Go back in time to the Battle of Britain!

In the 1940’s the German (Luftwaffe) and British air forces clashed in the skies over the United Kingdom.  In the Battle of Britain the Luftwaffe tried to destroy the Royal Air Force. Germany’s objective was to invade Britain and so they first attacked towns and army defences on the Southern Coast.
They then decided to focus their attention on defeating the Royal Air Force and found that it was a formidable opponent. Hitler began to get frustrated about how long the Luftwaffe was taking to defeat Great Britain, as the Royal Navy constantly fought back. He soon switched tactics and started bombing large cities including London.
Germany thought they were closing in on victory when they launched a large attack on the city of London. However the British Royal Air Force took to the sky and shot down a number of German planes. A big advantage that the UK had was the use of radar. This let the British know when and where the German planes were coming to attack. It was clear from the Battle of Britain that the Royal Air Force would not be defeated.

"Minutes went by. Green fields and roads were now beneath us. I scanned the sky and the horizon for the first glimpse of the Germans. A new vector came through on the R.T. [radio telephone] and we swung round with the sun behind us. Swift on the heels of this I heard Yellow flight leader call through the earphones. I looked quickly toward Yellow's position, and there they were!” - Pilot Officer John Beard

The Germans were not being successful and the British were able to fight them off and win the battle. The bombings in London continued until May 1941 and were named the Blitz. At one point London was bombed for 57 nights in a row!
Hitler finally stopped bombing London because he needed his bombers to invade Russia. It is estimated that around 1,000 British planes were shot down during the battle, while over 1,800 German planes were destroyed.
Do you want to know more about the Battle of Britain? Then enrol on our World War 2 Course today!
Take a look at our World War 2 Level 3 Course>>