British Science Week is an annual event which exists to promote and celebrate Science, Technology, Engineering and Maths (STEM).
With that in mind, read about 5 celebrities who studied STEM subjects. Some of them may surprise you!

Long before Lisa was lighting up our screens as Phoebe in Friends, she was studying a Bachelor of Science degree in Biology! Her father was a doctor who specialised in headaches, and it was her intention to follow in his footsteps; working at his practice for 8 years. She was experimenting with acting at the same time, which eventually overtook her day job in medicine.

As well as being a founding member of rock band Queen, a world-renowned guitarist, songwriter and performer, Brian May CBE is also a doctor of astrophysics. His PhD studies took a backseat as Queen grew into a phenomenal global sensation, but he returned to his doctorate after a 30 year break to achieve his PhD in Astrophysics in 2007 at 60 years of age.

Funny man Harry Hill is a trained doctor, and is actually still registered as a Medical Practitioner with the General Medical Council! He studied medicine and trained in neurosurgery, but left the medical profession due to disillusionment before building up his comedy career.

You probably recognise Mayim Bialek as Dr. Amy Farrah Fowler in The Big Bang Theory, and maybe even as Blossom in the eponymous 90s TV show. But did you know she’s very intelligent and well educated off screen too? She has both a degree and a PhD in neuroscience.

His muscly physique and hardman acting roles give no indication that Dolph Lundgren holds a degree in Chemical Engineering. It was probably no help to him when he faced Sylvester Stallone in the 80s film Rocky IV!
If you want to study a STEM subject at higher education level, you’ll need to ensure you have good grades in GCSE and A Level science and maths. Visit our website to find out more about enrolling on a course with us – choose a standard course or opt for exams to be included too.
Prefer to speak to someone? Call our student adviser team on 03300 563100 and they’ll be happy to help.

As Digital Content Executive for OSC, I'm currently studying my IDM Digital Marketing qualification through distance learning. I absolutely love all things creative and when I'm not at Open Study College, I'm being a complete theatre nerd, performing in panto or amateur productions! 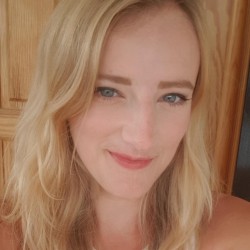