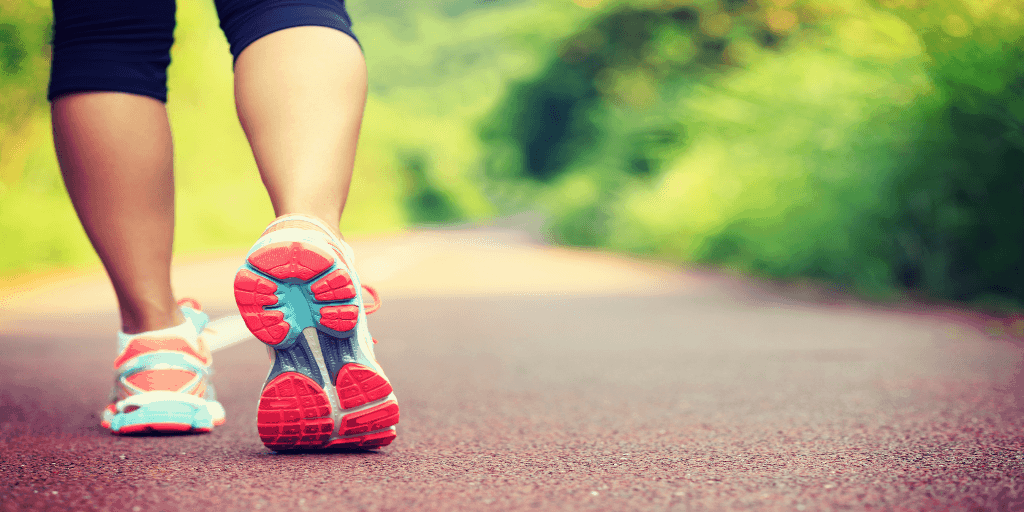 Open Study College Student Sultana shares her education and exercise journey with us:

"Motherhood had me enrolled rather early on in my life. While most 18-year olds were choosing their university course, I was choosing my wedding dress. Not long after that, I found myself cradling my new-born son. Any intention I had of further study was extinguished like a flickering candle flame against a powerful storm. Over the next decade, I became committed to raising my children and pleasing others. I lost my own identity. Eventually, I found myself at a crossroads, deciding what I really wanted the rest of my life to look like. That was when my desire to study rekindled.

I realised that I couldn’t pour from an empty cup

If I developed myself academically as an individual, I would be more capable of creating a better future for my children. My own happiness and success are my children’s happiness and successes. I wanted to be a role model for my them but first I had to let go of my fear. I had previously refrained from taking on such an intensive task of studying due to fear of incompetence and failure, but I then found distance learning and realised I could make this work for me. There was no hesitation; I decided to dive in first with two A Level courses. The feeling I had when I enrolled onto the courses is really memorable - I had overcome that mound of fear that had held me back for so long.

I was really impressed with distance learning

I was able to study in my own time, fitting my studies around my children, and at a speed that I was comfortable with. Excited with my new venture, I also began to feel a little overwhelmed with my new busy schedule, until one day, something extraordinary happened: I discovered running.  It was a cool April afternoon at my son’s primary school Fun Run that inadvertently brought about a way of easing the stress and impacting my life in a positive way.

A sense of achievement

After running alongside my son, I remember feeling a sense of triumphant achievement and empowerment. Not only was I able to enjoy some quality time with my son, but I was able to experience something new that I may not have done in any other situation. My son and I both high-fived one another and I came home feeling unusually joyful.

Since that experience, I have become a regular runner and completed two 10K runs and begun training for a half marathon. I – as others may also be – was amazed at my own determination to complete these as well as my studies between school runs, packed lunch preparations and all other responsibilities; I was convinced that there was more to it.

As weeks turned into months, I began to worry that I had bitten off more than I could chew. Although taking care of my children and studying were at the top of my priority list, I felt that running shouldn’t be pushed to the bottom. I was convinced that there was a link between my running and the way my brain was responding to it. I felt a compulsion to keep running in order to manage my stresses; it had intensely changed my mindset. Besides, even when I was not running, I was still running; running after the children!

I was more determined, and I found I was able to concentrate on tasks more efficiently. Consequently, I began to develop a deeper interest in exercise and fitness. One that moved past extra-curricular. I thought that if the benefits of running could have such an impact on me, imagine the effect that in-depth study could bring. Because of this newfound determination, I began to research the links that existed between exercise and the brain. In doing so, I stumbled across some very interesting facts and studies.

The benefits of exercise

Moderate runs can result in very real benefits. I recently listened to an interesting podcast by Dr Rangan Chatterjee where he speaks to William Pullen, author of “Run for your life”. They discussed how depression and anxiety can be treated by a concept he refers to as “dynamic running therapy”. Pullen, who is a psychotherapist by profession, mentions that running helps to bring up feelings of clarity. Dr Chatterjee agreed, explaining that running had helped one of his friends to destress and bring creative ideas to the core. They then went on to discuss what happens to the brain chemistry after running: as the runner is not consciously thinking, the brain is working more efficiently in a subconscious way.

“That’s the process of education and empowerment, you learn to make good choices that make you feel great” said Dr Chatterjee, and I wholly agree.

We often focus on external needs and demands yet deny the demands of our own mind and body. As a mother, it is important to take care of myself to ensure that I am in the best possible state to take care of my children. Exercise was my release. It was somewhere I could completely be myself. I need to focus on my own development to aid that of my children; and this is something that we all neglect.

It is perfectly acceptable to put yourself first

In my case, distance learning and running became a great way to do this without feeling guilty. Both our mental and physical health are of equal importance. I would say that exercise and studying go hand in hand. So, to all students who may feel like they are at a standstill with their studies:

“However stuck you feel, if you just put one foot in front of the other, and keep moving, things will change. Things will get better.”

Thanks to Sultana for sharing her experiences with us.

Did you know you can combine a love of exercise with distance learning? Our fitness and sports courses cover topics including fitness instruction, personal training and nutrition.

Prefer to study a different subject? We have over 500 courses to choose from! Browse all subjects, download a prospectus, or call our student adviser team on 03300 563100 for more information.