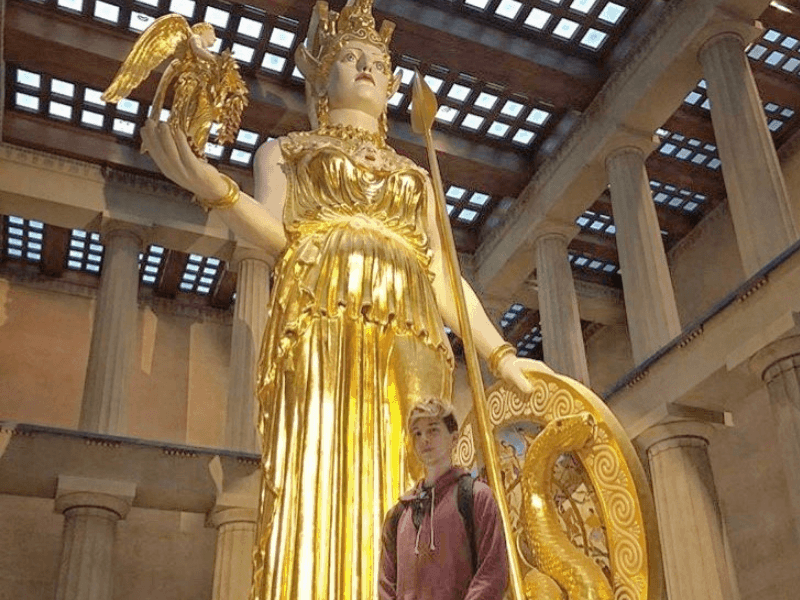 Route to University: How dedication got Lewis where he wanted to be

Taking a different path to the traditional route to university can be rewarding in its own way. There's no ‘right' way to get there; just the ‘right’ final outcome for you.
Lewis chose a combination of resits and distance learning to get to University of Nottingham, but the journey he took was an experience too!

After leaving school with okay GCSEs, I did a BTEC in Media Studies. I originally wanted to do English and Politics A Levels, but because I failed my Maths GCSE this (apparently) excluded me from doing A Levels, so I was offered the BTEC as an alternative.
I accepted but it wasn’t something I was particularly passionate about. 2 years later I resat my Maths GSCE, passed, and got a DMM in Media Studies BTEC.

What made you want to study your chosen subject/course?

After finishing my BTEC, I took a small gap year, went travelling in the USA, and started working part time in skincare. At the same time I still really wanted to do A Levels in English and Politics, as I enjoyed both those subjects and wanted to better myself academically.

What was your motivation for studying?

I think a genuine interest in the subjects and a desire to do well. Reminding yourself that these are the subjects you want to do; that you chose them for a reason, and that you are more than capable!
I got a conditional offer from the University of Nottingham for a B in Politics and a B in English Language and Literature after applying in January 2019, so that definitely pushed me on in the last 6 months.

Why did you choose distance learning over traditional study methods?

I really like my job and wanted to be able to work and have a life and let my education work around it. Distance learning allowed me to still get A Levels, whilst working and travelling at the same time. I did A Level work on my lunch break, on trains, on planes, (I wrote an essay about Wuthering Heights in Nashville airport).
Working alongside allowed me to fund travel and also to get my academics done in my own time instead of dedicating full days to going to college/sixth form. Different from the 'usual' route to university.

Why did you choose to study with Open Study College?

Open Study College was affordable, helpful and gave me everything I needed. I still needed to work really hard but having the tutor support, the feedback and having the course laid out for me was essential and I couldn’t have done it otherwise.

What have you enjoyed most about your studies?

Learning, although that might sound obvious! I read Wuthering Heights as part of my English Language and Literature A Level and it has since become my favourite book ever, made much more enjoyable by the fact I live close to where it was written it made it so much more enjoyable.
My Politics A Level opened up so many different ideologies and ways of thinking to me. It also helped me understand so much more about how the government works which is so important in today’s world. I also enjoyed results day, getting an A in Politics and a B in English!

What do you plan to do with your course after completing your studies?

My course allowed me to get my university place, and I will use it as an example of independent work and motivation. I also think distance learning is a great way to get ready for University as you have to do so much research by yourself.

Do you plan to study any further in the future?

Yes! I’m going to the University of Nottingham next month to study American and Canadian Literature, History, Politics and Culture. I know I wouldn’t have gotten this University place had I not done A Levels after my BTEC.

What are your career goals?

Something in journalism, teaching or government, hopefully with a specialism in American Politics.
Thanks Lewis, for sharing your story, and very best of luck with your degree. Somehow, with your level of dedication, we don't think you'll need luck!
Lewis's story shows that although his route to university was different from the traditional way, he chose a route right for him at it worked perfectly! Find