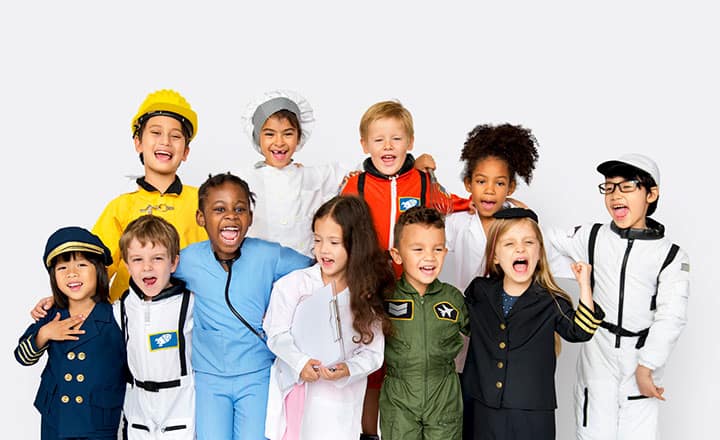 Have you achieved your dream job?

What was your dream job as a child? A cowboy? A ballerina? Or perhaps a doctor or a teacher?

As children we all had dreams of what we wanted to be when we grew up, but how many of us actually achieved this dream? Just one in three Brits is working in the field they dreamt of when they were children.

We conducted a recent poll of 2,000 employed adults which found that after spending their early years wanting to be a teacher, doctor, or train driver, just under a third actually saw their dream become a reality. In fact, more than half of those polled have a job that in no way links to the career they dreamed of one day having when they were younger. And, despite the average worker in the UK deciding what they wanted to do at the age of 11, many admitted they had turned their back on those dreams soon after turning 18.

CEO Samantha Rutter has said that: “As a child, many adults dreamt of having a certain career when they grew up, whether that was something they enjoyed at school, something they had seen on TV or in a film, or perhaps they aspired to take on the same job as their parents.

“Unfortunately, these dreams don’t always become a reality; whether that's because people changed their mind as they grew up, the opportunity didn’t present itself, or life simply got in the way and bills needed to be paid.

“But, having a passion for your job can be life-changing, and it is never too late to try and achieve your childhood hopes and dreams. And if you are yet to reach your career goals or have found yourself going down a different path to the one you really want, retraining in your spare time can help you get back on track and into that job you always dreamed of.”

Our study also revealed some of the top careers today’s adults wanted when they were children include teaching, nursing, or becoming a vet.

Others had dreamt of working for the police, being a musician or actor, or even being a ballerina. Whilst 13 percent were convinced their future lay in being a professional footballer.

Despite dreams of being a professional athlete, zookeeper, or train driver, six in ten adults consider their childhood job goals to be perfectly realistic.

And for those who made it a reality, a third admitted they had to work in more than one field before they were successful.

Some of the main reasons for having to make different choices to the ones Brits really wanted when they were younger include failing to get good enough grades (15 percent), and simply not knowing where to start (22 percent).

However, just under a tenth believe their parents dissuaded them from following their dream career path.

It also emerged 45 percent of respondents regret not chasing their dream job, and a fifth have attempted to re-train or completed further education to get them on the right track.

One in three also say they’d be happy to take a pay cut, if it enabled them to work in their dream career, according to the OnePoll research.

Samantha Rutter added: “Our study also found that kids’ career dreams are fairly similar to those their parents wanted, so our aspirations don’t vary much from one generation to the next. For example, lots of children today want to become police officers, vets, and teachers, which are all more traditional than being an astronaut or an acrobat. Ultimately, what we hope this survey shows is that it really isn’t too late to go after your dream job, even if it hasn’t happened quite yet.”

Top 25 jobs adults today wanted when they were kids

Many of us will have a different idea of what our dream job is now compared to what we had as a child. It's never too late to pursue your dream job, no matter what age you dreamt it! There's always a way!