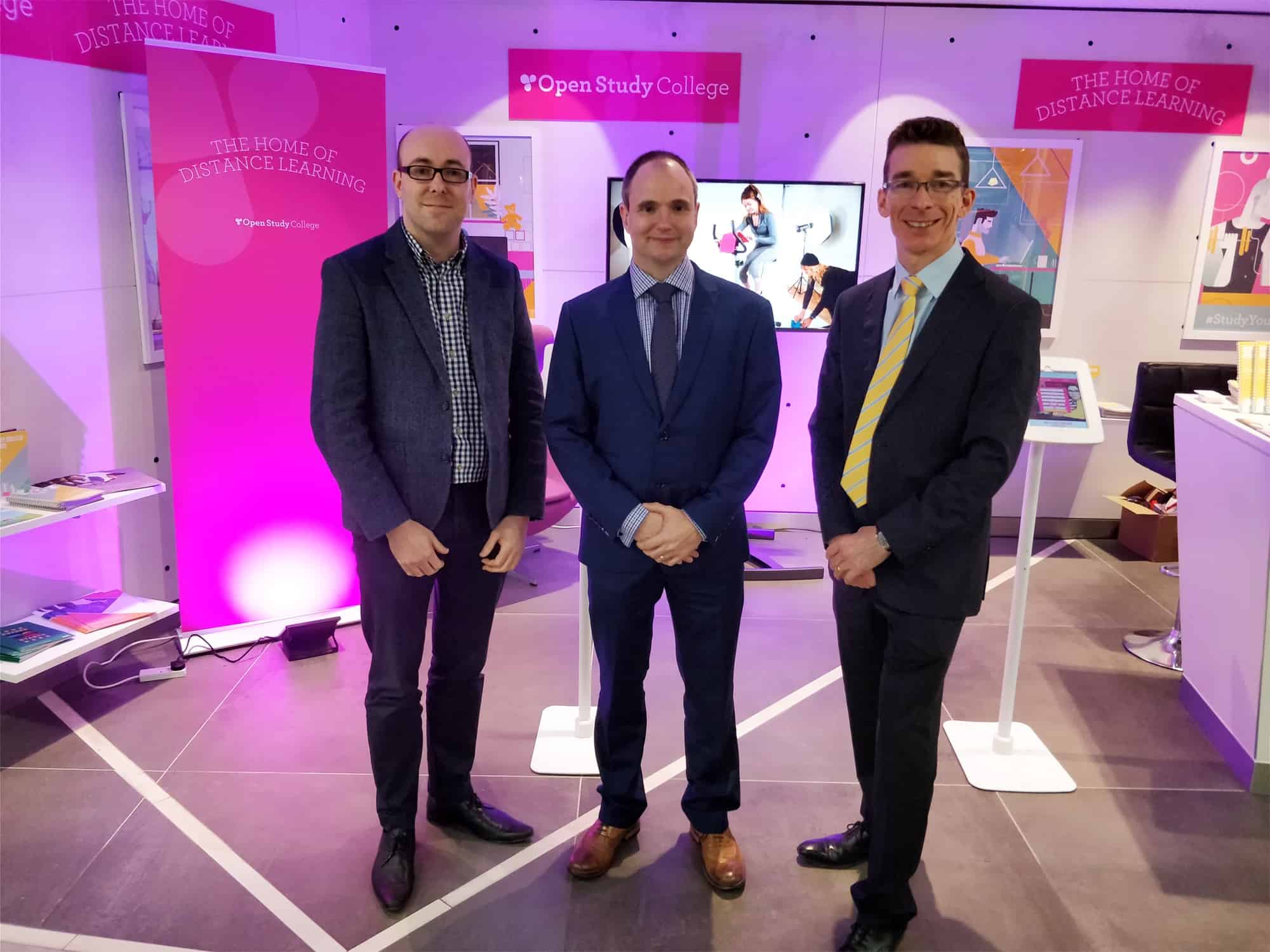 Following on from its successful digital marketing campaign, local training business, Open Study College, continues to break the mould in its quest to raise awareness of distance learning. With an awareness campaign focused on the Birmingham area, it’s innovative pop-up shop in Birmingham’s Bullring was a huge success.

The Link Street pop-up shop, which was opened by Dudley North MP, Ian Austin, was the first time the distance learning college had ventured away from its eCommerce origins into a retail environment.
In addition to widening their audiences, the award-winning team aimed to address the misunderstandings of distance learning, and inform the public of how distance learning works, how it has developed and how it can transform their career.
The friendly staff of Open Study College were happy to share the benefits of home learning and reveal why over 60,000 students have chosen to boost their skills and improve their career prospects with them.
Many of the 1500 potential students that visited from the Birmingham area were unaware of the flexibility, variety and potential that lies within this form of education. It was a common misconception among those who stopped by that once they were beyond their twenties they were ‘too old to study’, but the Open Study College team were eager to quash this myth. Instead, the team were able to inform potential learners of their course options that could help them achieve their goals.

“Too many people still think that they need to fit into a college timetable in order to boost their skills. It’s an outdated view that we want to challenge head on with our #StudyYourWay campaign.”

The shop was delighted to welcome an array of welcomed faces throughout its two-week vacancy, including KPMG, Georgie Moseley from Help Harry Help Others, and Jas Rohel from the Education Awards. After witnessing the impact it had within the local community, Chamber of Commerce Chief Executive, Paul Faulkner, commented:

“It’s great to see Open Study College continuing to reach out and show people that studying online is a great option for those who want to get back into training and education.”