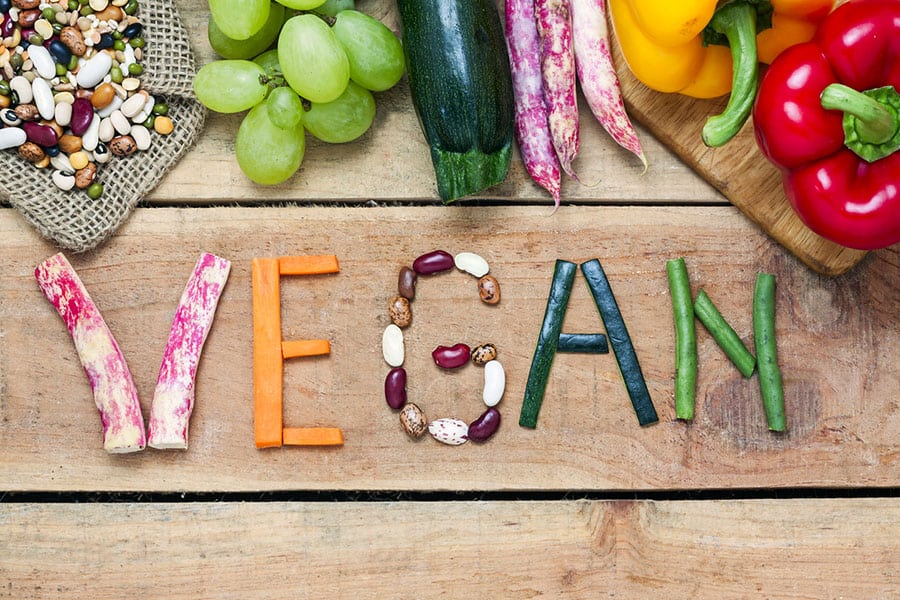 Being Vegan - OSC's Jazz tells us how it is

Becoming vegan has become very popular over recent years. With more and more people becoming aware of the impact of the meat and dairy industry on not only the animals, but the environment. So we wanted to spread awareness of the vegan lifestyle!

We spoke to Academic Development Manager Jazz about all things vegan...

What made you decide to go vegan?

I didn’t actually start out with the intention to go vegan. Initially, I became a pescatarian after some friends had recommended it. They also suggested I watch some documentaries on Netflix.

My original intention was just to give it a go and see how it went. However, I found I really enjoyed the diet and after a few months I decided to give vegetarianism a go, especially after I understood more about the effects changing my diet could have on the environment and my health.

After being vegetarian for about a year, the turning point for me was when we were on holiday in Australia and came across a vegan demonstration on the street. I knew a little about the dairy and egg industry before, but I didn’t know enough about it.

The group were showing some footage of the reality of these industries and, after seeing this, I decided that I would try veganism and see if I enjoyed it.

What health benefits have you experienced since going vegan?

I have felt so much healthier since going vegan and feel that I have a much better relationship with food. It’s forced me out of my comfort zone and encouraged me to try lots of different vegetables and other types of food I wouldn’t have considered before.

My husband also has a long-term health condition and he has seen some really positive effects on his health since going vegan, so this is a huge motivator for us.

Why do you think it’s so important that others consider adopting a vegan lifestyle?

I think that veganism can have a really negative stigma, but actually, the principles behind it are purely positive.

I’m not one to force my opinion on others, but I believe that if by changing your diet you can have a positive effect on your health, the environment and reduce animal cruelty, then why not?

How easy have you found going vegan?

I found it a lot easier than I thought I would as I gradually changed my diet and didn’t put any pressure on myself. It can be challenging at times though!

I have a serious nut allergy and when I’m at big events or travel abroad, sometimes it’s hard to get both requirements across.

So, there are times where I have to prioritise my health and my allergy. In an ideal world, it wouldn’t be an issue, but unfortunately, that’s not always the case.

Have you had any backlash from others such as your family about your choice to go vegan? Do they now understand why you made those choices?

I’m not sure backlash is the right word, but people have not been shy to share their opinions on veganism as a lifestyle choice.

When I first went vegan, I was really nervous to tell people as it evokes quite a strong reaction, but now I’ve got used to it and what other people think doesn’t really bother me.

I think anything that is outside the ‘norm’ is always going to raise some eyebrows!

My family have been really supportive and, although none of them follow a similar lifestyle, they’ve all respected my decision and even dared to try my vegan cooking!

Foodwise, what does a typical day look like for you?

It depends if I’m being healthy or not!

I normally start my morning off with some toast and a cup of tea, for lunch I’ll have something like a rice bowl with vegetables and a mock meat, and for dinner I might have a bean chilli or chickpea curry.

I get bored of eating the same food, so I try to keep it varied.

What is your favourite vegan recipe?

All my favourite recipes come from the ‘Bosh’ recipe book. Their meals are delicious! I think my favourites have to be either their vegan lasagne or sticky tofu stir-fry!

What would you say to someone considering a vegan lifestyle?

Just give it a go.

I think sometimes if we decide to make a big change in our life we feel that we have to do it perfectly, but the reason that being vegan has worked for me is because I’ve followed my own rules and not worried about other people’s opinions.

Being vegan isn’t about being perfect, it’s about the positive intent behind the lifestyle, even if that means you make little changes step by step. I’d also recommend doing your research, there are some great books and programmes out there to help you learn more about what being vegan means and if it’s right for you.