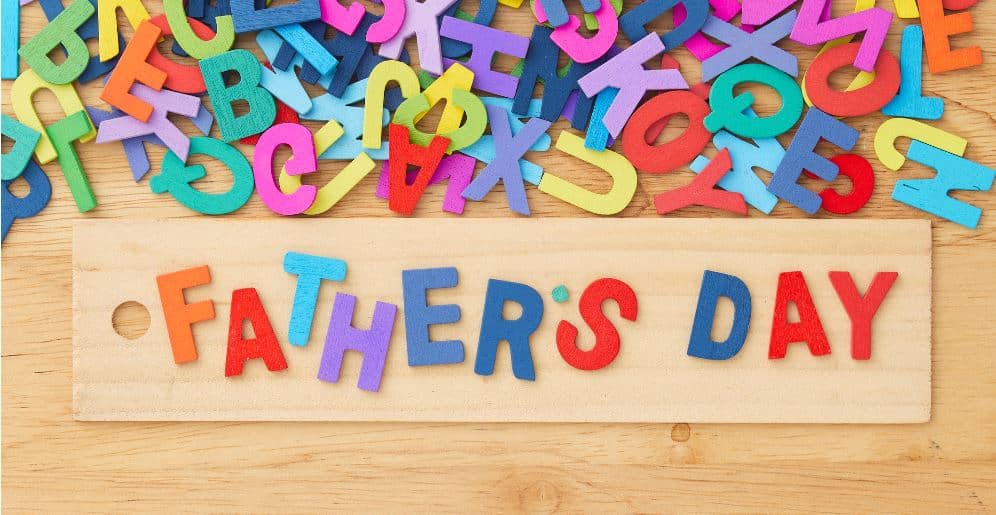 Father's Day has been celebrated in the month of March in Catholic Europe since the Middle Ages. It's modern conception, on the 3rd Sunday in June, originated in the USA in the early 20th Century,  and many European and American countries now follow the June tradition.

"Dads are most ordinary men, turned by love into heroes, adventurers, storytellers and singers of song"

We spoke to some of the Dads at Open Study College to get their thoughts around what fatherhood means to them.

"Being a father sucks. You’ll have to give up sleep, hanging out with your mates on Friday nights, upgrading your car to the latest model, big games you want to go and watch, even your next career goal towards your dream job and holidays will never be the same again; just to name a few.
Fatherhood will change you for ever. You won’t be the same person as before. You’ll be a better, stronger, responsible, patient and more productive version of yourself. It will make you step up to the plate and provide for your family all the things that you missed in your own life, and be a better, bigger man.
That’s why becoming a father is the best thing happened to me."

"There is a time when men live their lives for themselves. But at a point in life you start living for someone else, and all your focus is on them. That someone else is children. It’s a great feeling being Dad."

"Here’s a few great (and not so great) points about parenthood
Great
My children are absolutely hilarious, although they don’t know it
They teach me as much as I teach them
I get a hug every day when I get home
Not so great
They are completely incapable of closing a door behind them, or turning a light off
They still can’t make a decent cup of tea.  Or their beds
Fortnite
And that is all you need to know about being a parent."

"I can’t comment on all the great things about being a parent yet, I’ve still got a little while to go, but the first scan was incredible. I don’t think I was actually prepared for seeing hands and feet moving around! It’s got me very excited for the journey ahead!"

Happy Father's Day to all the dads out there!